My friends are the worst! This past Memorial Day weekend, my three roommates decided to treat themselves to a trip to Founding Farmers and indulge in some dessert. Their decision was fairly spontaneous, which meant I already had previous plans. Determined to make me regret my choice, throughout the afternoon they sent me picture after picture of their desserts.

All afternoon I had to ignore the mouthwatering dream of a slab of apple pie with vanilla ice cream, a towering butternut cake with peanut butter brittle ice cream, and a 3-layer chocolate ganache cake with vanilla bean ice cream on the side. When I saw them again that evening they were still gushing about these apparently exquisite confections. My housemates claim Founding Farmers is the best $9 you can spend in D.C. You’ll have to take their word for it.

They raved the first bite was to die for. But when I opened the fridge to find some food of my own, I noticed three to-go boxes. My housemates delighted in the first bite. Savored the 2nd and 3rd. But with each bite, the sweet taste was not enough to overcome their increasing fullness. The 5th, 6th, 10th bite were all successively less fulfilling and after a while, started to become dissatisfying. They didn’t even finish the cakes and pie even though they said it was the best in town.

This story illustrates an economic concept known as diminishing marginal returns. As my friends ate their cake, the first bite gave them the greatest delight and every bite afterward gave them less delight than the piece before. In order to continue to enjoy their desserts, they had to stop and pack up the leftovers knowing they would enjoy the rest more at another time rather than trying to finish it off when they were full. To-go boxes helped them avoid the diminishing marginal returns of dessert.

Diminishing marginal returns was a hot topic among the economists of the Marginal Revolution: William Jevons, Carl Menger, and Leon Walras. 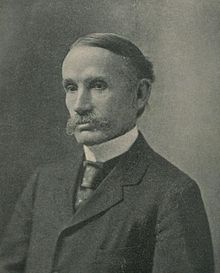 John Bates Clark, an American neoclassical economist, was inspired by these revolutionaries and brought marginalism to Columbia University in America. He formulated the idea of marginal utility and marginal productivity in his widely read and distributed textbook, The Distribution of Wealth: A Theory of Wages, Interest and Profits.

Along with the others, he theorized about the effect of a marginal unit on utility, wages, and profits. He discussed how that one extra unit has a smaller incremental change the more time goes on, the more units one already has.

This effect applies to more than not eating yet another bite of chocolate cake.  What about studying for finals? The first hour of studying increases your potential grade from failing to passing.  However the 10th hour won’t increase your chances of a better grade by the same amount. It might even have a negative effect! Even when it comes to weight loss, many people hit a plateau after losing the first 5-10 lbs quickly, but after that, the weight comes off more gradually.

Even in the world of economics, Clark’s legacy continues beyond theory today.  The American Economic Association awards a medal named after him every year.  The John Bates Clark Medal is awarded to American economists under forty who have made great achievements in economic theory.  Some even say it is a good predictor of winning a Nobel Prize in Economics in the future.  Past winners include Nobel Prize winners Paul Samuelson, Daniel McFadden, and Paul Krugman.

John Bates Clark’s theory of marginalism has greater implications than we realize. Diminishing marginal returns shows us that the first of anything has the greatest effect and the tenth only adds a fraction. Unfortunately, I tend remember this after I have taken one bite too many. So, take my advice and save yourself a stomach ache: ask for a to-go box.

I write about the every day applications of economics to share all the Hayek I've read with those around me. But my real dream is to create a new Olympic sport involving cooking and swimming. Then I win the gold for United States and display the medal on my mantle. Until then, I will continue to work towards my Master's in Applied Economics at George Mason University. View all posts by Mackenzie Dickhudt

One thought on “Cake, To-Go Boxes, and Diminishing Marginal Returns”