The Booming Vape Business Might Vaporize With Coming Regulations

Our dear smoke shops are bracing themselves for another round of regulatory lashings, this time due to the rise of the vape. 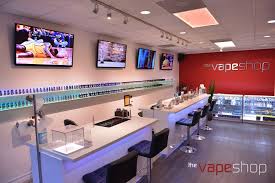 E-cigs, or vape, shops have started opening up everywhere due to the lack of government regulation in the particular industry. The vape business has exploded in the last three years, largely due to the “wild, wild, west” nature of the industry.

According to Wells Fargo Securities, the vaping industry has gone from an estimated revenue of $1 billion to $3.5 billion from 2012 to 2015. Many of the users are ex-cigarette smokers who find an appeal in the vapes’ supposed relative health benefits, along with its economic advantages.

For those that find no interest in breathing anything but the air given to us by our beautiful, blue planet, let’s introduce you to the novelty that is the e-cigarette. These smoking contraptions have a small heater that vaporizes a mixture of glycerine and propylene glycol infused with nicotine, commonly called “e-juice,” that creates a beautiful, breathable, smoke-like mist for users to enjoy.

Some are shaped like regular cigarettes, which allows the smoker to perform the same way as if  smoking the real deal, minus the carcinogenic tobacco. However e-cigs come in all different styles and containers. Some are larger, trendy sonic screwdriver-looking containers that can turn vaping into a hobby.

Where have all the smokers gone?

According to the Center for Disease Control and Prevention, and anyone that has been paying attention, cigarette smoking has been on the decline. In 2014, 264 billion cigarettes were sold in the United States, down from 274 billion on the previous year.

Much of the recorded decline is due to the population taking the health effects of smoking seriously.

Another piece of it has been government regulation and taxation. 48 percent of the price tag on a box of cigarettes goes straight to the government in the form of an excise tax, or “sin tax.” Not only does it bring in revenue, but it also makes the unhealthy habit much more expensive.

Although we can get into the unintended consequences of these taxes, like the estimated 58% of smokers in New York smuggling their cigarettes to avoid the crazy price tag of $13 per pack; let’s stick to the topic.

Vapes are the new technology that fits the bill in regards to health and economic benefits. They have yet to be taxed like tobacco (except for Minnesota) and have virtually no regulatory oversight. It looks like we have found where the smokers have gone.

But not for long…

State legislators, like those in Minnesota, are discussing the possibility of applying an excise tax to smokeless cigarettes, but that’s not the biggest threat to the industry. Currently, the Food and Drug Administration, or the FDA, regulates vapes that are only used, medically, for therapeutic use, and it wants to regulate the whole industry.

E-juice makers will now have to register with the FDA and report product and ingredient listings. Vape sellers will not be able to claim that it is, in fact, healthier, than regular cigarettes until each product is reviewed, scientifically, by the FDA. Oh, and goodbye to trying the different flavors in the stores—super illegal. These regulatory measures are not cheap,  regulations can cost anywhere from $2 million to $10 million.

Although, having to go through the FDA has its merits, it also comes with a side of competition thwarting. Big tobacco companies have noticed the decline in cigarette sales and the rise of e-cigs, so they decided to jump into the market.

Reynolds, a huge tobacco company and creator of an e-cig called “Vuse” that looks exactly like a cigarette, has been a huge proponent of FDA regulation in the vape market. Why? They don’t like the competition and, frankly, the second largest tobacco company in the United States can afford the extra costs.

My Take
Let’s be honest, it probably isn’t the best thing to put into your lungs, but many research centers have agreed that it is a safer alternative to traditional cigarettes.

With that in mind,  this may be a free market solution to a public health issue that is trying to be stopped by the government and its buddies. The mechanisms inside of e-cigarettes are constantly being fine-tuned and improved at a very fast pace. In order to keep the public from the worst possible outcome, the regulatory process might very well keep us from having the best possible outcome.